As a consultant at McKinsey & Company, and co-founder and CEO of Synta Pharmaceuticals, Safi Bahcall spent nearly two decades of his life bringing big, innovative ideas to fruition. Frequently, this meant assessing and developing loonshots—the widely dismissed ideas whose champions are often written off as crazy. Along the way, he noticed the obstacles that innovators came up against, which seemed to stem from “the mysteries of group behavior.” As he dynamically explains in his book Loonshots, small changes in the structure of a company, rather than in its culture, can transform the behavior of the distinct groups involved, allowing innovation to flourish.

Bahcall is a physicist, entrepreneur, and biotech speaker who once worked with President Obama’s Council of Advisors on Science and Technology. After spending three years as a consultant for McKinsey, Bahcall co-founded the biotechnology company Synta Pharmaceuticals, where he helped develop new drugs for cancer treatment. He led Synta’s IPO and served as its CEO for 13 years, during which he was named the Ernst & Young New England Biotechnology/ Pharmaceutical Entrepreneur of the Year. Business Insider, Inc. Magazine, and The Washington Post all included Loonshots, his first book, in their Top 10 and Must-Read book lists of 2019.
Speaking At
[Keynote] Loonshots: How to Nurture the Crazy Ideas that Win Wars and Transform Industries
Bonus Time: Q&A with Safi Bahcall 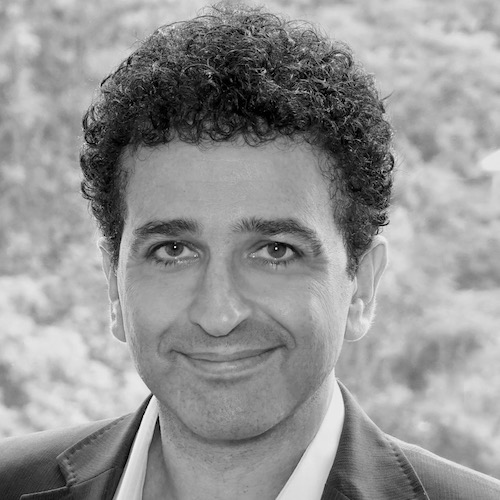